Cancer of the cervix (the lower part of the uterus), otherwise known as cervical cancer transpires when the growth of abnormal cells on the cervix become uncontrollable.

Aside from breast cancer, cervical cancer is another common type of cancer affecting women all throughout the world.

Fortunately, with early detection, the success rate of treatment is oftentimes very high. 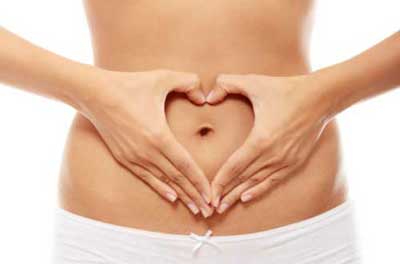 The primary cause of cancer is the uncontrolled growth of abnormal cells. Normally, the cells in our body have a set lifespan. When they die, new cells grow in order to replace them. However, in some cases, the cells continue to live and divide.

When this happens, an excessive accumulation takes place, which then eventually develops into a lump or a tumor.

Even until now, many scientists could not accurately pinpoint the main reason as to why cells become cancerous.

However, some factors are found to have contributed to the risk of developing the said disease. Some of the prevalent factors are the following:

Compared to women who are in their mid-20s, women who gave birth before the age of 17 have a higher risk of developing cervical cancer.

Research has shown that smoking is a common risk among different types of cancers—cervical cancer included.

Women who have been using contraceptive pills for a long time are slightly more susceptible to developing the condition.

Some studies indicate the development of cervical cancer can be attributed to certain gene variations.

People who are regularly taking immunosuppressive drugs and who are suffering from immunodeficiency disorders, including AIDS and HIV are more vulnerable to cervical cancer.

High levels of stress over a long period of time reduces the immune system’s ability to ward off certain diseases, including Human Papilloma Virus (HPV).

Most women who have multiple sexual partners are found to be more susceptible to cervical cancer.

Likewise, engaging in sexual activities at an early age has also been associated with the disease.

However, it does not always follow the two aforementioned factors are the sure culprits when a woman develops this type of cancer. As mentioned, they are just two of the likely risk factors.

The truth is women who are not promiscuous or sexually active at an early age have also been afflicted with the said condition. Often times, these cases can be attributed to other factors.

HPV is acquired through sexual contact. Over 100 types of HPVs have been discovered and 15 of this are found to have caused cervical cancer while the others caused genital warts.

Other types of HPV are also found to have caused cervical intra-epithelial neoplasia or CIN. These abnormal cells usually grow on the surface of the cervix.

Most doctors will recommend you to have a cervical cancer vaccine to help reduce the risk of acquiring the disease.

During the early stages of the disease, a person may never experience any symptoms at all.

However, when the cell’s mutation becomes too rapid and then later develops into cervical cancer, symptoms will begin to appear, including:

The most common method used to treat cervical cancer includes hysterectomy or the surgical removal of the uterus. Other treatment options are chemotherapy and radiation therapy.

The best method to accurately determine the presence of abnormal cells or cervical cancer is through a screening procedure called the Pap smear or Pap test.

During the procedure, the doctor will scrape a tiny sample of cells from the cervix to check for any cell mutations.

It is recommended that women 26 years old or younger get cervical cancer vaccine as preventive measure.