If you live under a rock, you might not know that tobacco smoking costs places a $170-billion burden on the U.S. healthcare economy, and kills over 400,000 people a year. Recently, the “vaping” revolution has swept across America, helping thousands of new people finally quit smoking. Wells Fargo values the U.S. vaping economy at under $2 billion, but expects it to grow rapidly. Today, we caught up with a vapor business entrepreneur, Vas Blagodarskiy.

JVTank LLC (College Park, MD) is a vaping marketplace for vape shops and affiliates. We asked Vas how vaping is going to change the world. 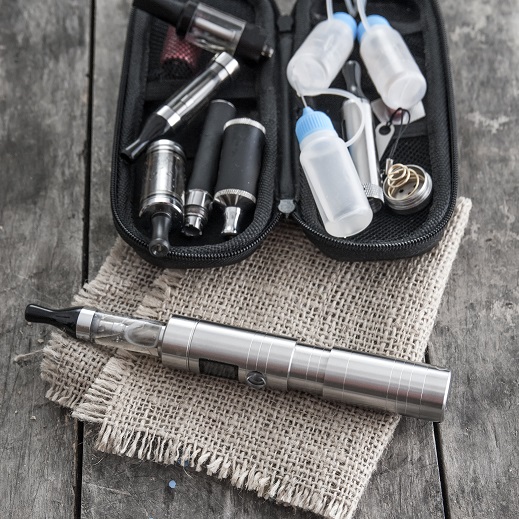 SG: “Vas, thank you for your time. How did you start vaping?”

VB: In 2014, my friend Shiv Patel introduced me to it. At that time, he wasn’t my business partner yet. In 2015, we created a subscription box company called Happ-E-Juice. I fell in love with the whole concept of flavor chasing. Soon, I learned that there are also “cloud chasers,” too – these people love big vapor clouds. 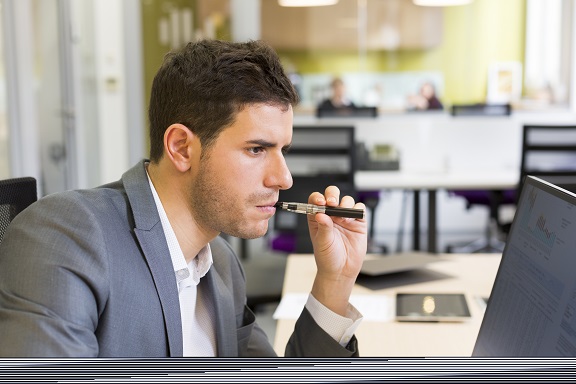 VB: More of a flavor chaser, if I had to pick one or the other. Both taste and vapor volume matter a great deal in the vaping experience.

SG: “Did you smoke cigarettes before you started to vape?”

VB: Yes. About half a pack a day. I’m ashamed to admit it still to this day. I quit cold turkey around 2013 or 2014, when my girlfriend at that time told me a very personal story. She tells it better, but I’ll paraphrase. Her grandmother died of lung cancer. When she was a little girl, she used to hide cigarettes and lighters from her grandmother, so that Grandma would smell better and live longer. But despite her genuine wish to help, she feels as if she failed. Her story touched me deeply. How can you smoke another cigarette after your loved one tells you something so profound? You can’t.

VB: My father used to smoke for about 20 years. Shiv’s father smoked too. No pun intended, but smoking is a real cancer on our society. Not like you didn’t already know that though.

VB: My friends vape, but they don’t consider themselves ‘vapers.’

VB: I don’t want to speculate as to why, but if I had to, I would say… They hesitate to join groups too quickly. So perhaps, they don’t want to become something else, even though they are already ‘smokers.’ Personally, I think ‘vaper’ beats the hell out of ‘smoker’ on any day. It’s like being aware that you are a couch potato, and still hesitating to becoming an athlete. The resistance to trying vaping seems to me a bit silly. Maybe the leap from “smoker” to “vaper” seems too burdensome? I’m not too sure, but I’m learning as we go.

SG: “So tell me about how you became the founder of a marketplace for vape sellers?”

VB: In 2012, I started working as a freelance marketer. I was in the online software industry. Then, in 2014, I realized that there is a massive supply & demand gap being created by every retail vape shop owner who is not selling online.

VB: Sure. Currently, when you own a vape shop, a certain percent of people who walk in through the doors are leaving empty-handed. This is not because they are broke, or because you don’t sell the product that they came to buy. This is because you don’t have the item in stock, so their desire to buy now goes unfulfilled.

SG: “That happens all the time with video game launches. You come to GameStop on launch day, and it’s sold out.”

VB: Exactly! The same thing happens right now when the U.S. consumer market anticipates a manufacturer to release new vaping hardware, such as a mod, a tank or an RDA. To add fuel to the supple-and-demand fire, hardware and e-juice pre-orders are not prevalent in the vaping industry. So if you call a vape shop, and ask to be put on some sort of a pre-order list, they might not have one for you.

SG: “Last time I went to my local vape shop to buy a Triton tank, they were sold out, so I ended up buying it online. It sucked, because I had to wait for it to get delivered, but I wanted to get it that same day.”

VB: Yes, and I’ve had that same experience too. They told me to come back “next week,” which was disappointing. That’s when I realized, “vendors can do better than this.” Frankly, customers like us deserve better.

SG: “OK, so how are you fixing this problem?”

VB: On February 7, 2016, we are launching JVTank. It’s a trust-based affiliate marketplace for sellers and promoters who push vapor products.

SG: “And how will it help me not leave the vape shop empty handed next time?”

VB: Very simple. Suppose you are a customer, and you walk into my vape shop to buy some batteries, but mine are out of stock. Not a problem. I log into JVTank.com and I check to see if any other vape shop owners from across town have batteries in stock. If they do, I can place an order for the customer immediately, I earn a commission for sending the lead to that vape shop, and the customer is able to come pick it up immediately.

SG: “Now, instead of competing against each other, vape shop owners can work together.”

SG: “Why should a vape shop join JVTank.com if they already have a retail location?”

VB: Two reasons. One, our marketplace doesn’t replace your retail operations, but supplements them. Two, our marketplace opens your doors to other businesspeople in the vaping industry, such as vape shops across town, and even across the country. Just because another vape shop is out of batteries doesn’t mean they shouldn’t be able to send their customer to you.

SG: “What about people who are in the process of